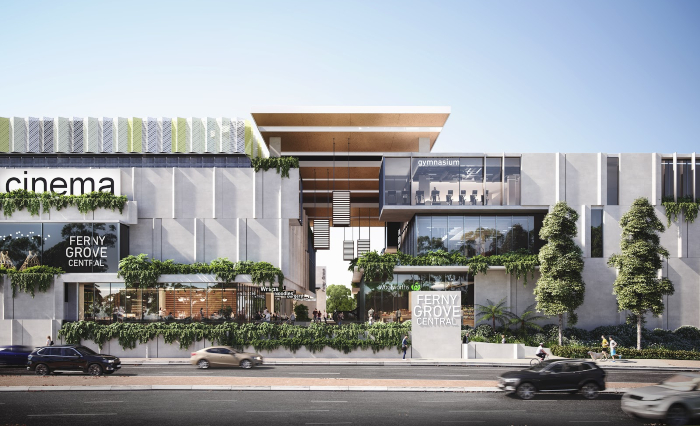 Honeycombes also plans to introduce The Fernery, an 82-apartment residential building within the area that comes with a recreational deck, as well as pedestrian and cyclist connections between the apartments and the retail centre for ease of access. A multideck commuter cark park will also be implemented to provide the convenience of undercover spaces.

The site was procured by Honeycombes in 2017. According to the company’s managing director Peter Honeycombe, interest from the local market is high and there are plenty of opportunities for Ferny Grove Central in both residential apartments and in retail.

The retail centre’s major tenants are expected to be announced within the coming months.  Interested parties can expect to see national retailers including supermarkets, fitness centres, and cinema providers present within the commercial centre.

The project is currently in its final stages of securing a head contractor. Construction is scheduled to begin within the next few months, with plans to start by the end of April or the beginning of May. Development is expected to revitalise the Queensland economy by providing the suburb with 815 new jobs both on- and off-site.

For more details on the project, visit the Ferny Grove Central website. Though finer details have yet to be released, regular updates and progress reports can be expected from their Facebook page.