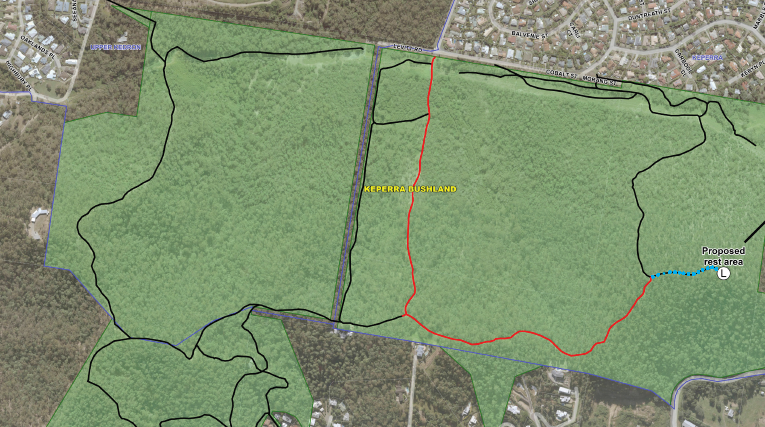 Brisbane City Council has announced that construction works to build a new rest area within the Keperra Bushland Reserve will commence in late January 2020.

The upgrade project will enhance the recreation opportunities at the150-hectare Keperra Bushland Reserve located at Levitt Road, Keperra. Specifically, the project will involve extending the asphalt surface on the current track to the rest area and installing a rest area within the outlook.

Construction will take place between 6:30 a.m. to 5 p.m. from Monday to Saturday and is expected to take two weeks to complete.

Keperra Bushland Reserve upgrade is one of the 11 sites around Brisbane that were identified for park improvements as part of Brisbane City Council’s commitment to enhancing and maintaining the more than 2,100 parks across the city.

Other sites identified for future park and reserve enhancement projects include:

Read: Pillars of The Gap Art Installation Redesigned and Relocated in Waterworks Road