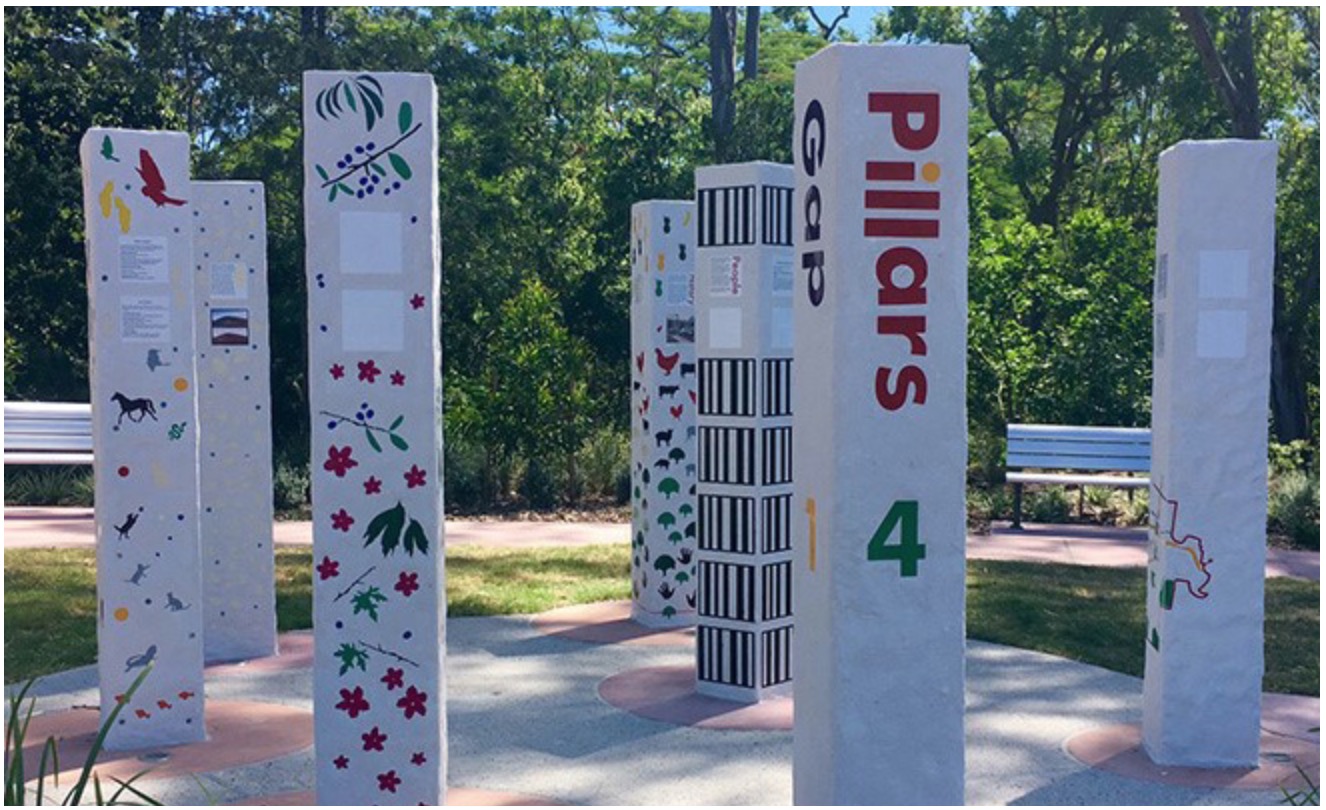 Have you seen the Pillars of The Gap art installation by the corner of Waterworks Road and Jevons Street? This artwork, designed by local artist Catriona Holland, is the first thing that visitors to Brisbane’s outer suburbs see. It is a landmark to recognise the contributions made by noteworthy members of the community.

The redesigned Pillars of The Gap replaces the old art installation on the Walton Bridge Reserve.

In 2010, Councillor Geraldine Knapp, now retired, sought to put up a memorial for significant locals who have shaped the fabric of The Gap. These first pillars, which were also designed by Ms Holland, were thinner in comparison to the new structure.

Councillor Steven Toomey re-commissioned Ms Holland for this project in 2018 to deliver seven colourful and thicker concrete pillars reflecting different themes to define The Gap and its community.  The pillars have been relocated to complement The Gap Memorial Place.

“The tradition has continued of acknowledging pillars of the community who have significantly contributed to the fabric of the community by installation of commemorative plaque on the pillars,” Mr Toomey said.

Mr Toomey also said that The Gap locals may continue to nominate key persons deserving of a spot in one of these these pillars by phoning his office at 3407 1900.