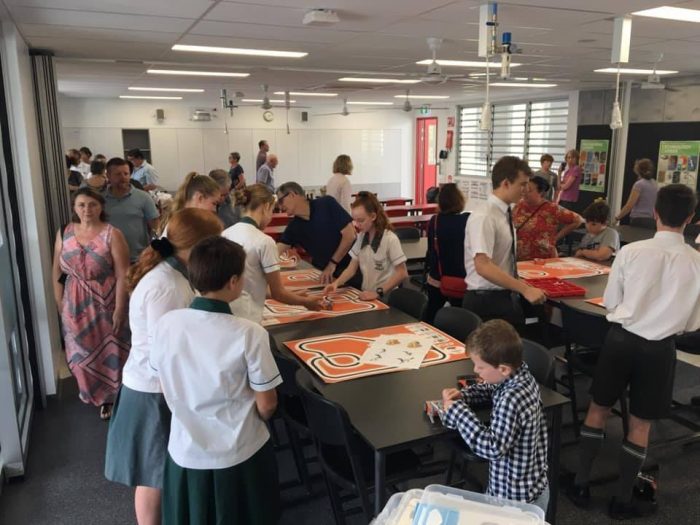 The construction of the $10.7-million STEM building was made possible through the State Government’s 2020 Ready Program — which targets to deliver additional school infrastructure at 61 schools across the state.

Apart from providing state-of-the-art learning spaces, the new building will also ensure that TGSHS will have enough classrooms to accommodate its growing enrollment, which is expected to grow to about 1,770 in 2020 from this year’s 1,550 students.

In 2002, The Gap State High School’s Leadership Training Centre was opened which features 22 adventure courses such as indoor rock climbing. The school also has a state-of-the-art performance hall which has a seating capacity of 750, an auditorium that can accommodate up to 15 students, rehearsal rooms, practice rooms, and storage areas.

The Gap State High School opened its new $5-million sports hall in 2014, which is one of the largest indoor school sporting facilities and features 4 volleyball courts, storerooms, mezzanine level for weights, cardio rooms, and a large spectator area.

Read: Koala Habitat Gets Protection as Council Acquires Bushland Across The Gap and Other Areas