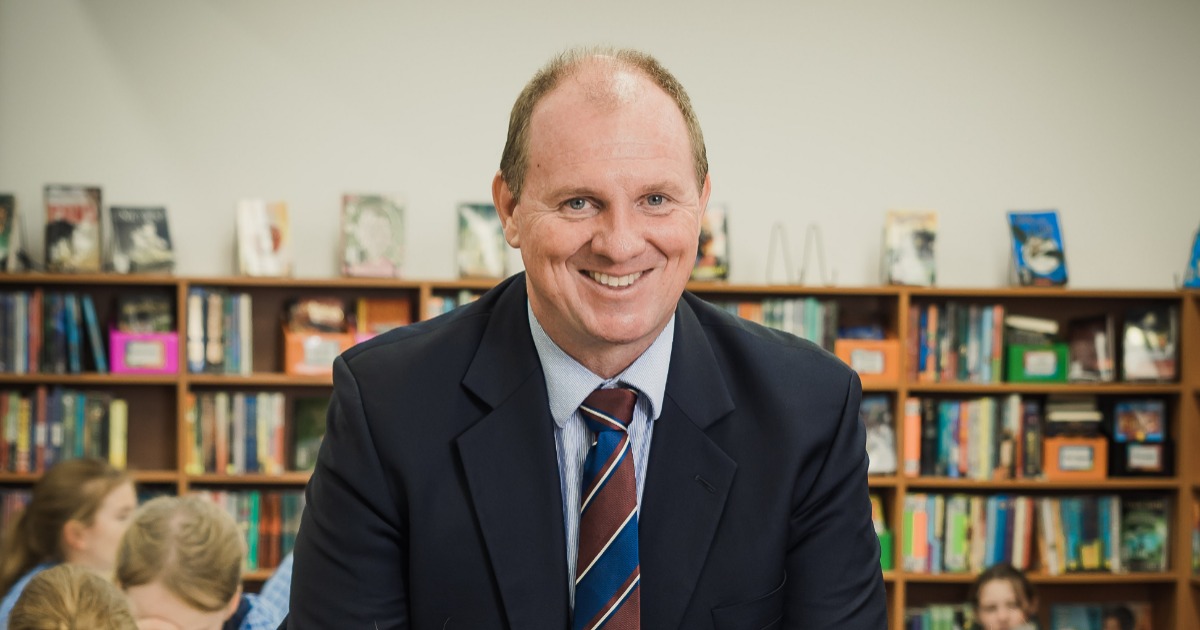 St Peter Chanel Primary in The Gap, one of the leading Catholic schools in BRisbane has welcomed its new acting principal — Paul McGlone, an educator with over three decades of experience in educational leadership and teaching.

Prior to accepting this new role, Mr McGlone spent the last 10 years working as an Assistant Principal at Our Lady of the Angels Catholic Primary in Wavell Heights.

Mr McGlone is well qualified for the position at St Peter Chanel Primary, with his Master’s degree in Education Leadership, a Bachelor of Education and a Bachelor of Teaching.

The eldest of eight siblings, Mr McGlone shared his parents instilled in him a love of working with young people, seeing the best in them and trying to nurture that. He started coaching childrens’ sports when he was 15 years old and that inspired him to pursue the journey of becoming a teacher.

“There’s no better feeling in the world than watching kids learn, grow and achieve success, and knowing that you played a role in making a difference in their lives,” he said.

Mr McGlone feels humbled taking on the new role as the head of the Catholic school.

“St Peter Chanel is a unique school centred around love and compassion. The school is known for its wonderful culture, and I look forward to being a part of this community that has helped make a difference to the lives of young children for 50 years,” said Mr McGlone.

Mr McGlone says he will continue to raise the high standards of the educational excellence in literacy and numeracy performance following the school’s strong achievement in the last NAPLAN.

This year, St Peter Chanel Catholic Primary celebrates 50 years of teaching since the school opened. The school plans to host a golden jubilee celebration with a range of festivities planned to celebrate the history and achievements of the school.