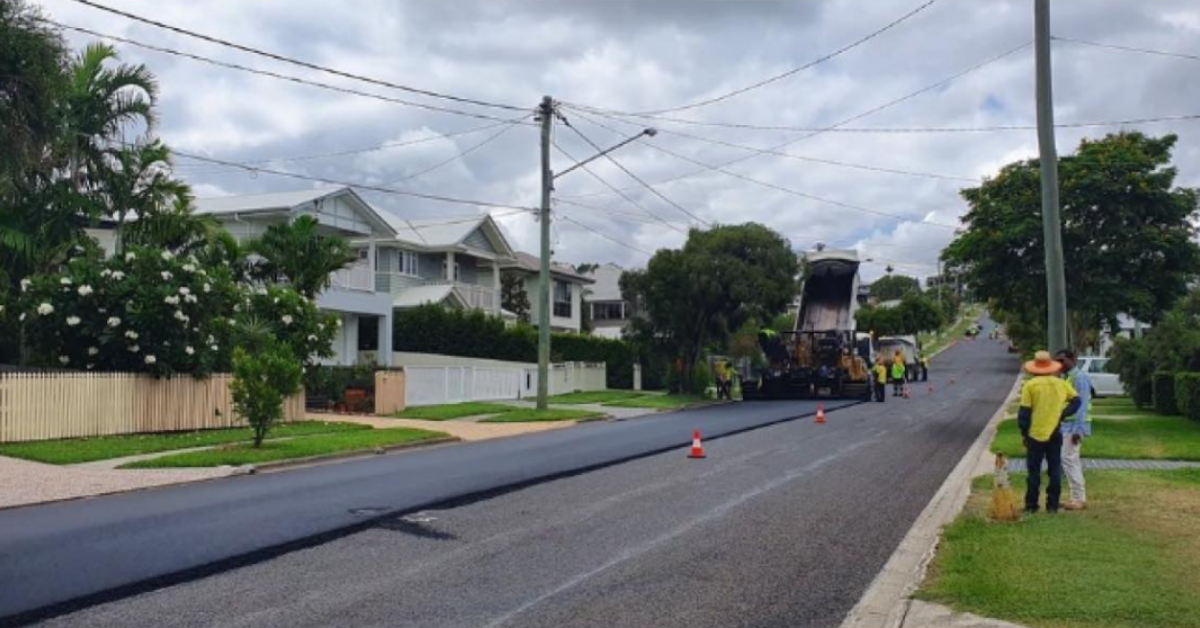 Brisbane has rolled out a road resurfacing program using bitumen made with recycled old rubber tyres in a trial that includes Muir Street in Cannon Hill; Marble Street in Keperra; and Ferrett Street in Eagle Farm.

Council has commenced the three trials which involve the repurposing of old tyres to create a new bitumen. The benefits of using the modified bitumen are twofold: it is cost-effective and sustainable.

Council said that the experimental bitumen will help reduce the number of old tyres that end up in landfills by more than 10,000 tyres each year. Moreover, the modified bitumen helps make residential roads last longer compared to using ordinary bitumen.

Currently, Council is using a mixture of crushed recycled glass and recycled asphalt for its road resurfacing projects. That special glass mix alone has already helped the Council recover some 20,000 tonnes of glass from landfills and saved more than $3.6 million each year.

However, adding ‘crumbed’ tyres in the resurfacing treatment mix can further help the city save more by extending the lifespan of residential pavements, which typically last for up to 30 years, to an additional ten years or more.

This experimental bitumen blend allows the crumbed rubber to act as an agent that retards the aging and oxidation, and improves the quality of the resurfaced pavement.

Similar trials were also launched on several major roads across Brisbane which has been made possible by a special grant from the Tyre Stewardship Australia.

Read: The Gap State High School to Have a GP On-Site in Pilot Program

The state of tyre recovery in Australia

In April 2020, Tyre Stewardship Australia reported that 69 per cent of the 466,000 tonnes of end-of-life tyres generated in Australia in 2018-19 have been recovered for further use.

That means that approximately 323,000 tonnes of tyres have been recovered for productive outcomes while the rest are either stockpiled or disposed of to landfill. Also, in 2018-19, there has been a marked decline in the number of used tyres that were stockpiled owing to stricter EPA regulations across Australia.