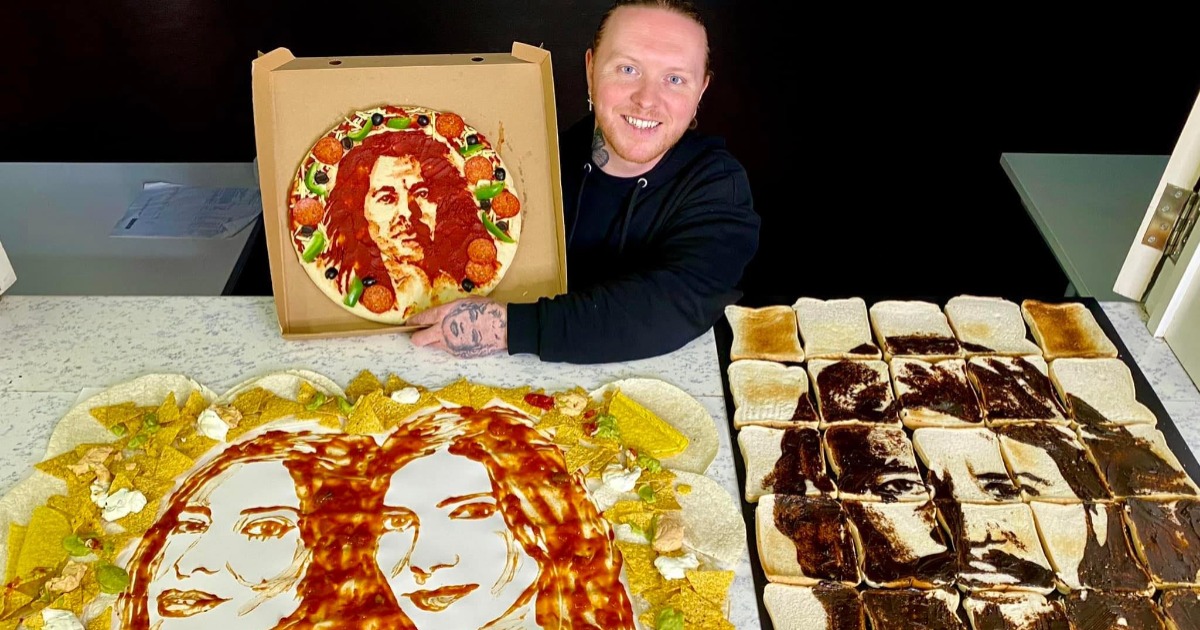 An astonishing likeness of Barry Gibb’s face made out of toast and Vegemite. A rendering of The Veronicas using nachos and sauce. Deliveroo has commissioned international artist Nathan Wyburn to recreate famous Brisbane personalities as food art.

Before commissioning Wyburn, Deliveroo conducted a small survey of around 1,000 people. The Bee Gees came out on the top spot of Brisbanites who should be featured on the food art.

Barry Gibb of The Bee Gees, who lived at Scarborough in Redcliffe at a young age, was among the most notable celebrities featured in Wyburn’s deliciously talented work.

Other Brisbane celebrities also figure prominently in the food art.

The Veronicas are also featured, in an artwork using nachos and sauce. Twins Lisa and Jessica Origliasso were born and raised in Albany Creek. They attended Ferny Grove State High School and Wavell State High School.

Powderfinger’s Bernard Fanning, also included in the promotional art, was born and raised in Toowong. He attended St Joseph’s College, Gregory Terrace before studying journalism for a short period of time at the University of Queensland.

AUSTRALIA LISTEN UP! 🇦🇺
To honour some of the all-time faves of the Sunshine State, I’ve teamed up with Deliveroo AU to create foodie portraits of the Top 10 Greatest Brisbanites.

Other notable Brisbanites portrayed on the promotional art include Wally Lewis, Courtney Act, Miranda Otto, Darren Hayes, Darren Lockyer and Sheppard. Wyburn used different types of food to portray the celebrities: from toast and Vegemite for Barry Gibb’s face to nachos and sauce for The Veronicas.