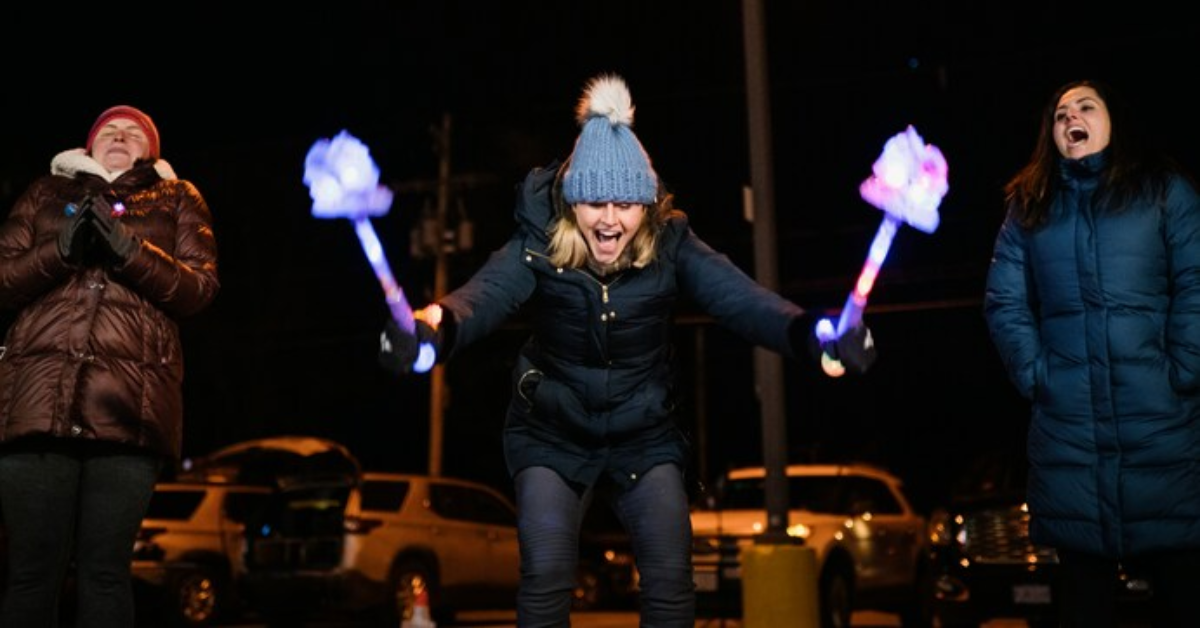 Have you ever felt so stressed out that you just want to scream? Well, screaming may be good for you after all, like what these “women who yell” into the night at The Gap Park and Ride are proving to themselves.

Gillian Moore, a clinical psychologist, recently started a Facebook group “Women who yell” where she encourages women to come together at night, once a week to “shout, scream, yell, and sometimes laugh out tension and feel a sense of humanity and belonging.”

She got the inspiration from an article on a group of mums from Massachusetts who one night gathered at a football field for a primal scream event. These women took time out from their mum duties to yell, scream, cry and let go of all their pent-up emotions brought about by the pandemic.

The “Women who yell” group’s series of “yelling” events happens Wednesdays at The Gap Park and Ride. Each session involves thirty minutes of yelling repeated five times throughout the 15-minute psychologist-guided exercise.

First developed in the 1960s by Dr Arthur Janov, scream therapy or primal therapy was a tool used to release repressed childhood trauma and became a popular concept during the early 70s. Its popularity waned over the years though, primarily due to the lack of studies that prove its effectiveness.

Screaming, however, especially when done with a group, provides beneficial effects on our psychological well-being. Ms Moore said that scream therapy helps release tension and unexpressed emotions, and yelling in a group gives the individual a sense of connectedness and belonging, not to mention the soothing effect that the participant feels afterwards.

The group held its first “yelling” event last 13 July and judging from how well it was received by the community, their succeeding sessions may turn out just as successful.