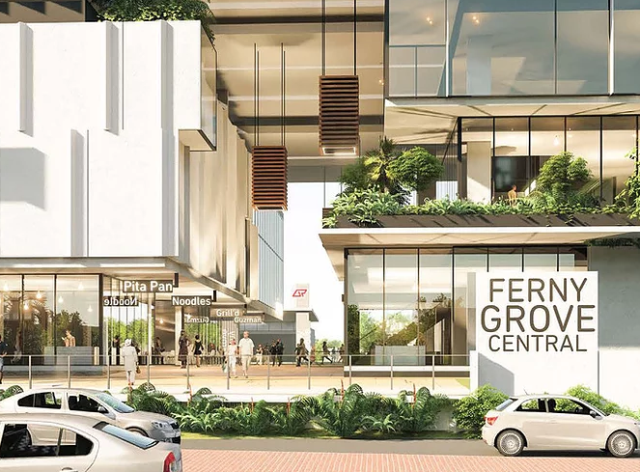 Ferny Grove Central station will likely have reduced parking spaces. To nearby residents, the amendments for DA – A005002931 will come as a relief.

Honeycombes Property Group initially proposed to increase the number of commuter car parks at the station to approximately 1,732. There are currently 973 and they were planning to add 759 more commuter parking spaces.

However, Honeycombes changed their plans and dropped the controversial three-level car park in the “finger car park” at the western end of the Ferny Grove rail station site.

The changes were made after Brisbane City Council expressed concerns about some aspects of the plan, especially the finger car park and the residential building.

Locals living near the development expressed their oppositions, believing that the TOD and its associated apartments do not fit in with the character of Ferny Grove, a low density residential area with parks and tree-lined streets.

Although they will have less parking for the Ferny Grove Transit Oriented Development, Honeycombes is still required by the State Government to provide more than 250 additional commuter car parking spaces. This was based on a $9-million agreement approved in 2016 as part of the development.

Given the opposition from locals, Honeycombes also revised their application for the residential component. They were proposing to construct a 64-unit, residential apartment building arranged in 1-, 2- and 3-bedroom formats. Based on the amendments, they are hoping to add 16 more units, taking the total to 80 units.

Apart from reducing the commuter car parks and increasing their residential apartment buildings, the TOD include the development of the following:

For updates about Ferny Grove Central, see the Full Development Application – A005002931.