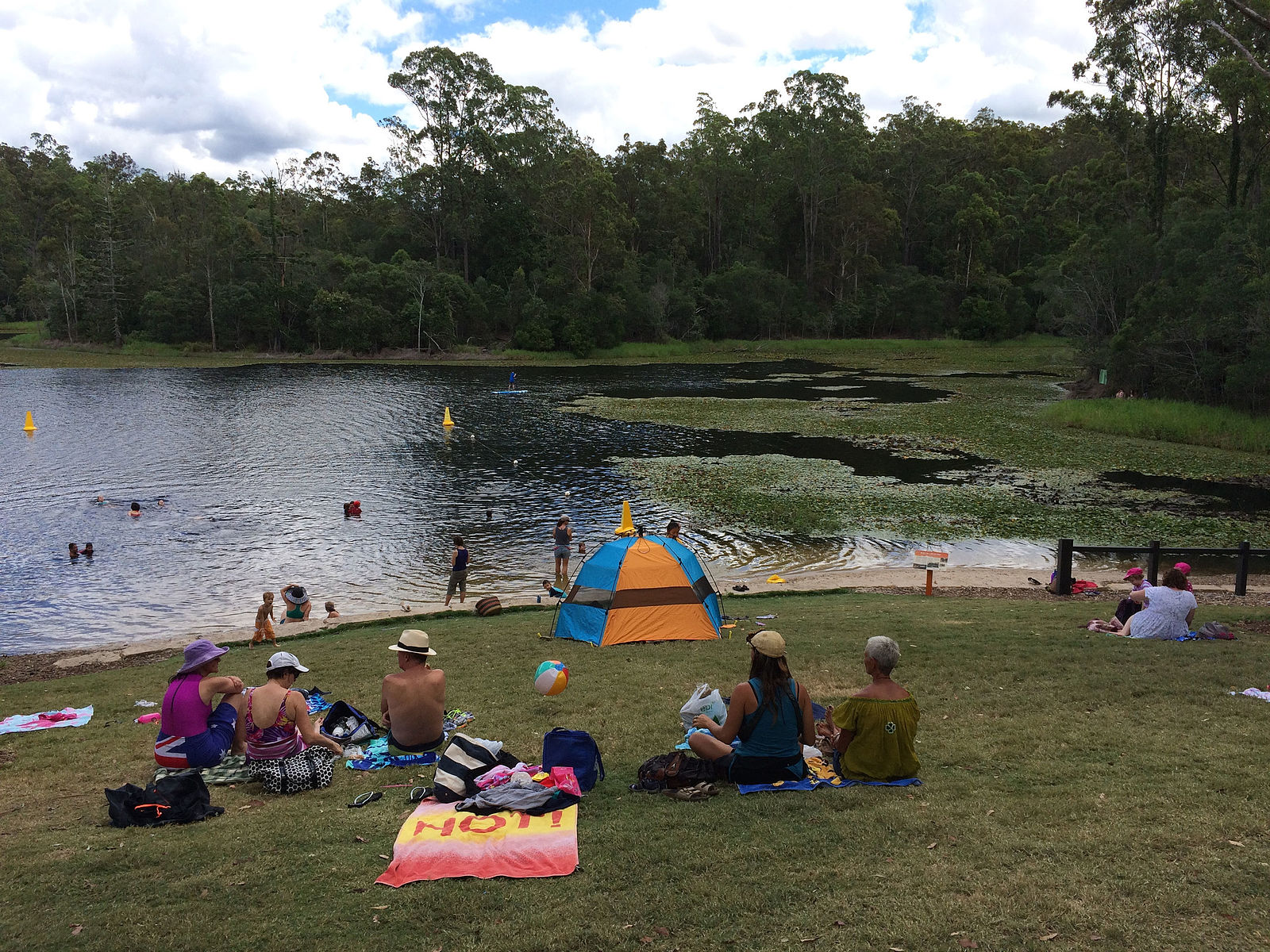 The Enoggera Reservoir, located at 60 Mount Nebo Road, is a natural habitat for thousands of flora and fauna. Efforts to upgrade part of the site, however, have also made this place a family recreational facility.

Just a half-hour drive from Brisbane’s inner-cities, the reservoir has plenty of fabulous lookouts,  picnic sites, cafes, and parking spaces. It’s a natural paradise and a haven for people looking for a cool and calm place to relax during the weekends.

Here are eight things you probably didn’t know about the Enoggera Reservoir.

1. A critically endangered bird species in the Enoggera Reservoir.

Birdwatchers visiting Enoggera Reservoir in August 2018 were thrilled to spot a Regent Honeyeater in the area. According to the Department of Environment and Energy, it’s uncommon to find this bird in Queensland since it is an endangered species in this region. It’s also critically endangered anywhere else in Australia.

Ann Cheeseman shared the photo of her sighting in the Wildlife in The Gap conservation page.  It is believed that the numbers of Regent Honeyeaters in Queensland diminished because of the consistent droughts in the ironbank woodlands and coastal areas.

2. It’s the only reservoir in Queensland to retain its original structure.

Built in 1866 to supply water to the locals, the Enoggera Reservoir has undergone renovations over decades. Despite the reconstructions of this very first major dam in Queensland, its original structure remains intact and functioning unlike the dams in Ipswich, Maryborough, and Warwick.

The Enoggera Reservoir dam was decommissioned as a water supply source in 2003. It may, however, still be relied upon to provide clean water in case of a drought. In 2006, the Queensland Government did recommission the dam during one of the worst periods of droughts in Australia.

Read: Take on the Challenging The Gap to Mount Glorious Bike Ride

4. The Enoggera Reservoir has been redeveloped as a recreational park for locals and visitors.

SEQ Water manages the Enoggerra Reservoir, which turned the site into a recreational facility in 2014. Here, visitors can:

The site is open between 6:00 a.m. to 6:00 p.m. Camping is allowed at the nearby D’Aguilar National Park and not at the reservoir itself.

5. You can have kayaking and paddle boarding lessons at the Enoggera Reservoir.

Most people come to the Enoggera Reservoir to swim in its calm waters but for a different experience, you can hire instructors at Walkabout Creek Adventures to teach you how to kayak or paddleboard. The current rate for the lessons is at $30 per person.

A track event at the Walkabout Creek is mounted every year and for 2019, the run will happen on the 7th of July. Registrations will begin on the 18th of May.

7. You cannot bring your dog or other domestic pets at the Enoggera Reservoir.

While families with kids may be able to play on the grounds, the Enoggera Reservoir is off-limits to dogs and other domestic pets. It’s important not to disturb the wildlife dwelling in this place. Incidentally, you may not also ride horses in the tracks or trail, or hunt any of the animals at the Enoggera Reservoir.

8. Motorized vehicles are also not allowed.

Motorized boats, bikes, and 4WD vehicles are not permitted at the reservoir. As much as possible, the area should have minimal disturbance.