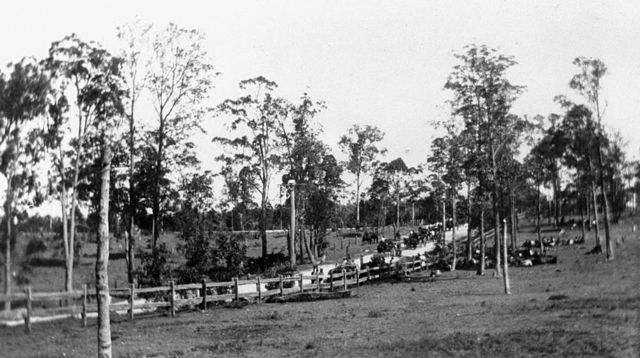 Did you know that Keperra takes its name from the word “kipper” used by early aboriginal settlers from the Torres Strait Islands?

Read on to discover some interesting facts about the aboriginal history in Keperra.

Keperra is an Aboriginal word referring to a young man

The word ‘keperra’ was derived from the Aboriginal word “kipper” which means an Aboriginal male who has been initiated into manhood. The name was given by the local Yuggera people, one of the traditional custodians of the land over which much of Brisbane is built.

The Keperra Aboriginal Camp and Ax-Grinding Site is a former camp site for the Keperra region. The site was known for its significant views and axe-grinding area which are no longer around these days.

It’s believed that the Camp was associated with Keperra Bora Ground, and was still used as a sleep-over spot into the 20th Century by Aboriginal families.

Keperra Golf Club was the location of a Bora Ground

Did you know that before Keperra Golf Club was built in 1931, the place was once an Aboriginal Bora or ceremonial ground? Back then, Keperra Bora was considered one of the best scenic examples in the Brisbane region.

The Bora Rings are associated with initiations pertaining to the surrounding area, Mt Keperra and tomahawks (stone axes). Although it was no longer in use by the 1870s or 1880s, the site remained popular with tourists.

“The large ring was located close to the clubhouse, and despite an apparent commitment to the Historical Society to protect it, we find that the ring has been destroyed together with the path and the smaller ring which was close to Samford Road. This is truly a “lost” bora ground,” Armchair Histories stated.

Scarred trees were once found in Keperra

Before the axe-grinding site totally disappeared to make way for new development around the suburb, among the things to see there were scarred trees. The Aboriginal people carved them for various purposes, such as creating tools for everyday life and as markers for sites with special significance.

You can find scarred trees in Brisbane until today, but they are very few. These trees usually have fault regular-shaped scars and the exposed sapwood is free of tree knots. The scars also begin above ground level.

Stuart McFarlane, Manager of RMIT Ngarara Willim Indigenous Centre in Melbourne said scarred trees are our history books, but are also a manual for sustainable use of resources suited to the present day.

To view more photographs of Keperra and Grovely back in the early days, browse from Frank and Eunice Corley’s database. They owned a photography business from the 1960s until the ‘70s. Riding their pink Cadillac, the Corleys drove the suburban streets of Queensland and took photographs of houses and sold them to homeowners. The database contains 61,000 photographs that can be viewed online.